Smashing Statues: A Lesson in Justice? 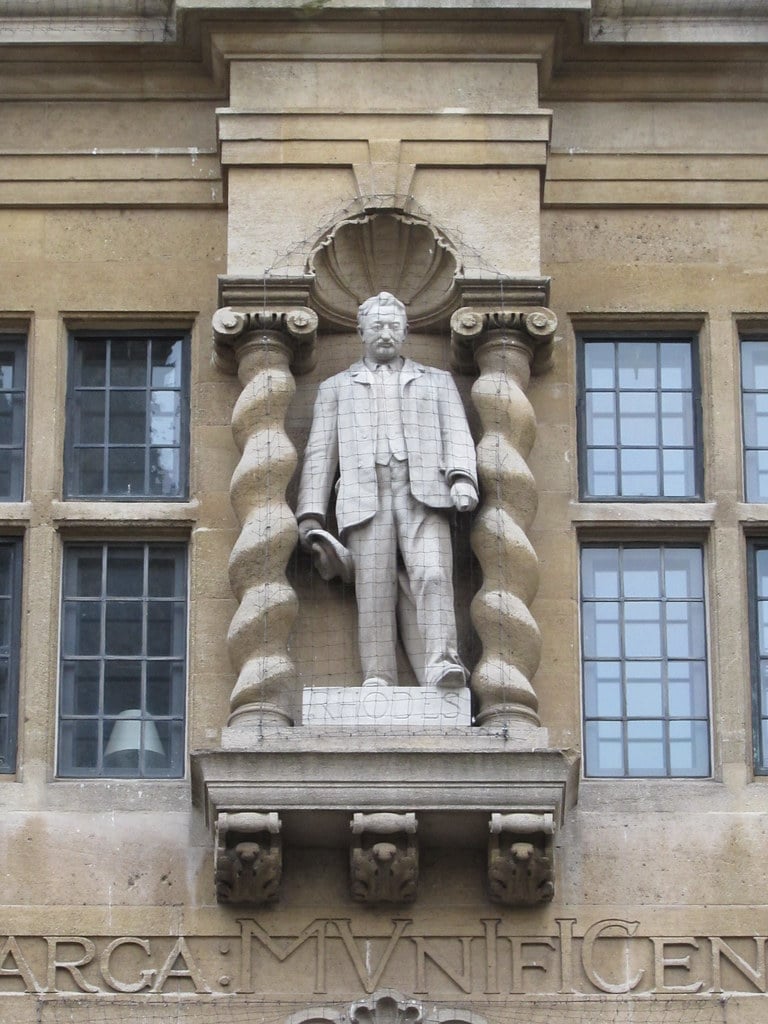 The calls for the destruction of historical monuments may make us uneasy, but this may illustrate something valuable about justice.  Take the example of the statue of Cecil Rhodes in Oxford.

It was reported in the news that the County Council of Oxford has invited the city’s University to remove a statue of Cecil Rhodes from one of its buildings.  Rhodes was a businessman who founded the De Beers diamond company. He was a statesman who served as Prime Minister in the area now known as South Africa in the 1890s. And he was an imperialist, whose views on race prompted calls for Oriel College to eradicate the memory of it’s benefactor from their walls.  This is not the first time that the university has been called to ‘decolonize’ its buildings.  However, the campaign has gained momentum due to worldwide protests following the tragic killing of George Floyd in Minneapolis and the toppling of Edward Colston’s statue in Bristol.

You would hope that we’d all echo the cry sweeping the globe, that black lives matter.  Christians would affirm that unfair discrimination is widespread as we believe that the source of the problem is in each one of us. The root of sin is the human heart (Mark 7.21) and injustice is therefore reflected in all of society to differing degrees.  Christians should support a movement for justice for any people who are abused or unfairly treated at the individual or societal level (Isa 1.17).  It is hateful to a God who calls us all to love our neighbour, that a man could kneel on another man’s neck and ignore his desperate cries for help until he dies – and all this while his colleagues do nothing.  That should rightly trouble us. That should cause us to protest.  Nevertheless, the call for crowbars in Oxford may make us feel uneasy, and perhaps this helps us to understand two uncomfortable aspects of God’s justice.

Crudely speaking, the Oxford protestors are saying that Rhodes’s sin of racism should strike out all of his charitable and civic achievements.  Some have objected that it is unfair to judge past lives by today’s standards.  But that relativises racism and God’s moral standards. Racism is wrong in the Bible (Gal 3.28, John 7.24, James 2.9). Rhodes and his contemporaries may not have grasped that truth in the Bible, but racism was wrong, is wrong, and will always be wrong to God.  Would any of us approve of plans to put a statue in Central Road commemorating a Ku Klux Klan Grand Master because he had done some great things for Morden? No! That one fact would certainly cancel out any good deeds that he had done.  And that reflects an uncomfortable truth about God’s judgement: any sin undermines our eternal standing before God, because He is perfectly just and all sin is horrible to Him (Deut 32.4, Mark 10.24-27).

The Oxford protestors insist that the statues commemorating racist figures should be destroyed and wiped from our collective memories.  Some object that the statues are objects of beauty and historically significant and should therefore be preserved.  But it is difficult to detach the beauty of a statue from what it represents – making a racist figure appear attractive is arguably even worse!  Of course, this statue reflects part of the history of the institution, but the point is that this carving celebrates a past bound up with racism.  If a sculpture existed commemorating a paedophile murderer of Madeline McCann, wouldn’t the only acceptable action be to smash it? Of course. The right response to evil is it’s absolute destruction.  And, again, that reflects an uncomfortable truth about God’s perfect judgement: every sin and anything associated with evil should rightly be destroyed.  There is no place for even a hint of wrong, sin, or evil in God’s eternal dwelling (Matt 5.20, Luke 3.9).

As uncomfortable as it may make us feel, the indignation in Oxford may help us understand something of God’s justice.

If we get God’s rightful anger against sin, we might then nervously ask, whom of us will stand (Isa 6.5, Rom 1.18-22)? If a light were shone into the dark corners of our lives, wouldn’t we be pulled off our pedestals?  We’re all a confusing mixture of good and bad.

Well, thank God that He is gracious as well as utterly just! While no sin is too small for God to ignore, no sin is too big for God to forgive (Luke 15, Psalm 103.8-12). His son, Jesus, was willingly “crushed for our iniquities,” it says in Isaiah (53.5); so that all who repent of their sin and turn to him will have their past washed clean. Amazingly, we can now be proudly remembered with Him for all eternity (Rev 2.17). It was the discovery of this grace of Jesus Christ that changed John Newton, from an 18th century slave trader to an abolitionist and preacher. It caused him to pen the beloved gospel song Amazing Grace. And that undeserved kindness is offered to sinners like us (Acts 16.30-1).

And what should be done about the Rhodes statue and others like it?

If we try to apply the Bible’s teaching, we may realise that this is a more complex ethical matter than the debate may initially suggest.  In working out what action to support, we might consider the fact that all humans sin (Rom 3.10). We might ask what qualities should be celebrated and what type and degree of wrongdoing would disqualify someone from a public recognition (Deut 1.9-18, 1 Tim 3.1-13).  We might recall that God recognizes the good even in sinners’ lives. The Israelite King David was remembered for his heart for God, despite his lapse into adultery and murder (Acts 13.22), for example. His life wasn’t ripped out of the pages of the ‘Good Book’, because in his darkness we see the light of God’s grace shine brightest. We would want to explore how God transforms sin like racism, and what human action can restrain prejudice. The smashing of idols and societal reform in the Old Testament (Deut 7.5-6) are realised in the New Testament by the destruction of false ideologies and personal change through Jesus (2 Cor 10.5, John 3.3). The focus is on proclaiming the truth, but we might also note that God permits freedom of expression even when the views are wrong and insulting to him (Matt 27.27-31).  Wisdom is needed over such difficult matters and there will be legitimate debate about the right response among Christians.

Perhaps the only memorial that can stand tall in our troubled world is that of Christ, the perfect God-man who died for us (Rev 5.1-10). Probably the best tribute to Him is our living testimony to His grace, not a curious crumbling carving (Acts 1.8). Possibly all statues of fallen humans should be consigned to museums as a testimony to the folly of making them heroes. But whatever our views on statues, let’s not forget that the real issue is justice for living people and that it’s God’s absolute judgement that matters.

More about Christianity I Read about Jesus